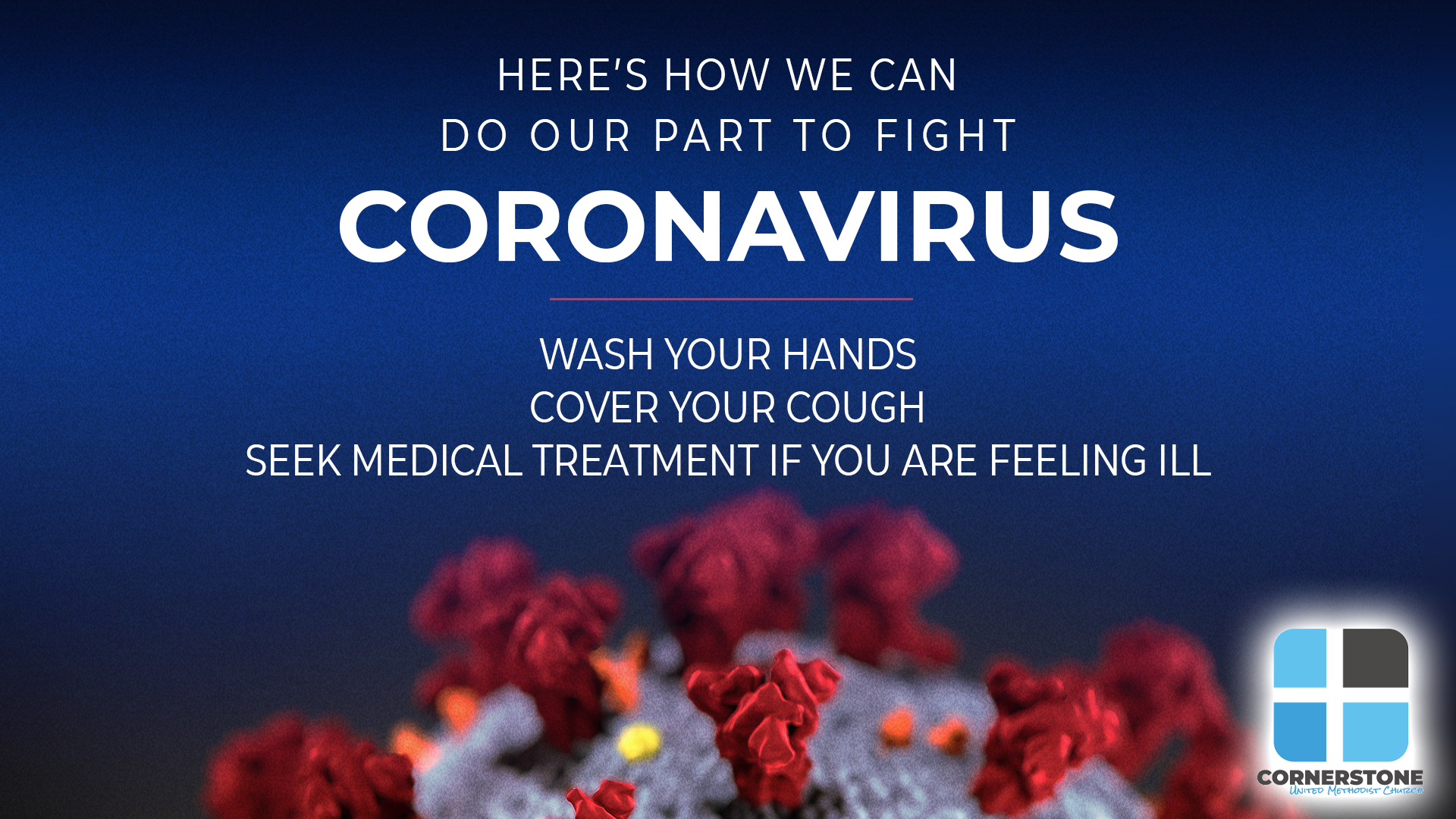 COVID-19 (Corona Virus) UPDATES
We will be working with local Officials, Schools, News, & Health Organizations to keep this page updated as we continue to learn more.

Bishop Jones reminds us that “Staying calm is on top of the list, and that now is the time to assess and prepare in case an outbreak occurs in the Texas Annual Conference.”

“Remember to practice great hand hygiene, Also encourage your friends and family to follow the CDC’s prevention recommendations such as washing your hands, covering your cough or sneeze and avoiding touching your face.”

There are a number of precautions to take, including:

IS IT OPEN TO ATTEND? 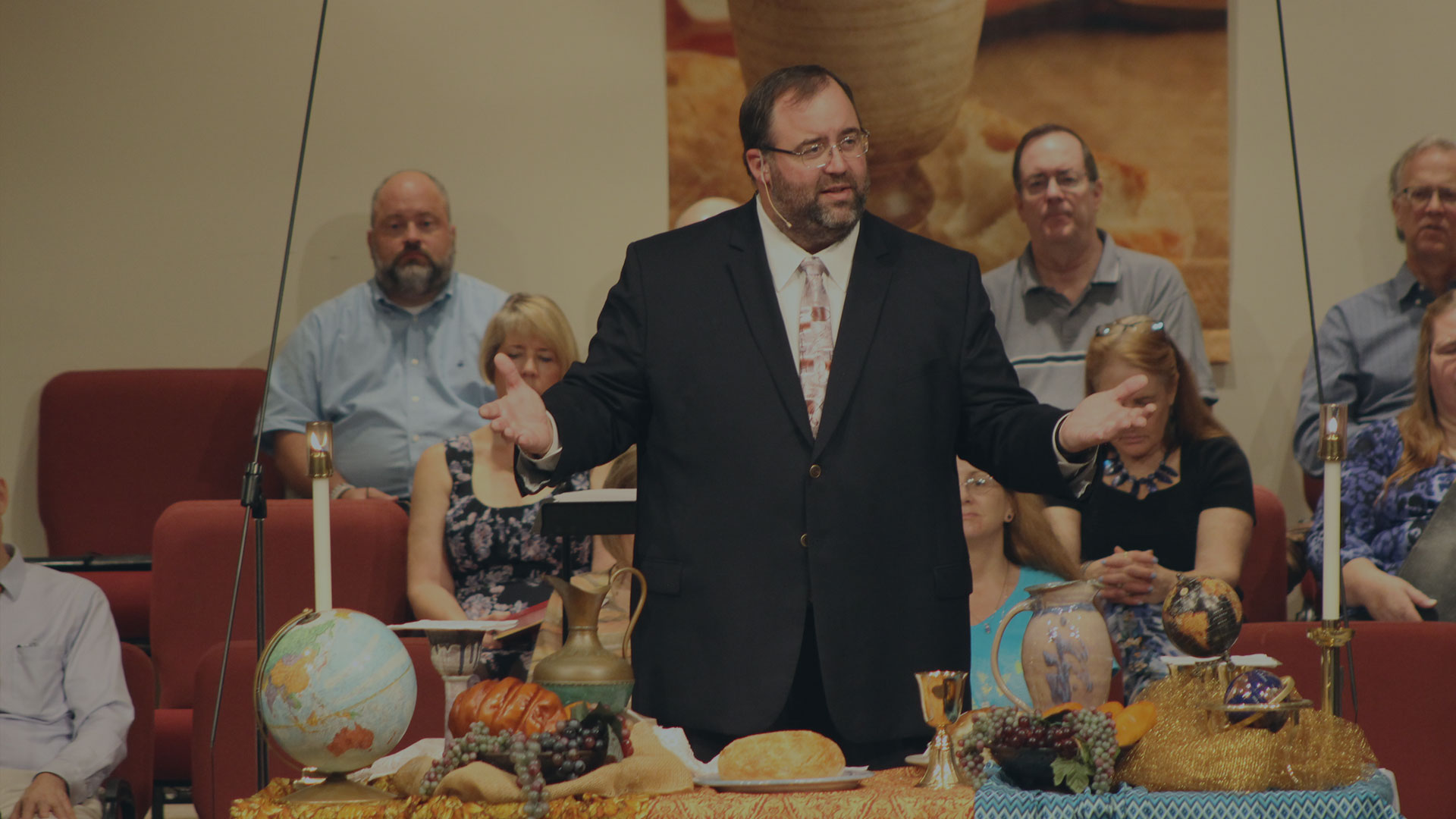 SUNDAY MORNING WORSHIP:
YOU CAN ATTEND
PLEASE JOIN US ONLINE, SUNDAYS AT 10AM 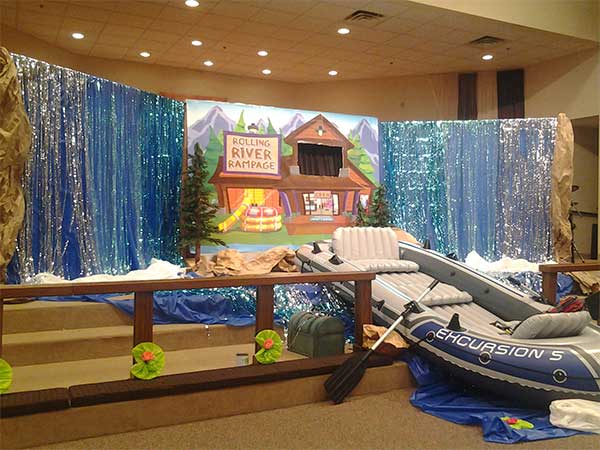 MINISTRY & MEETINGS:
YOU CAN ATTEND IN PERSON OR ON ZOOM 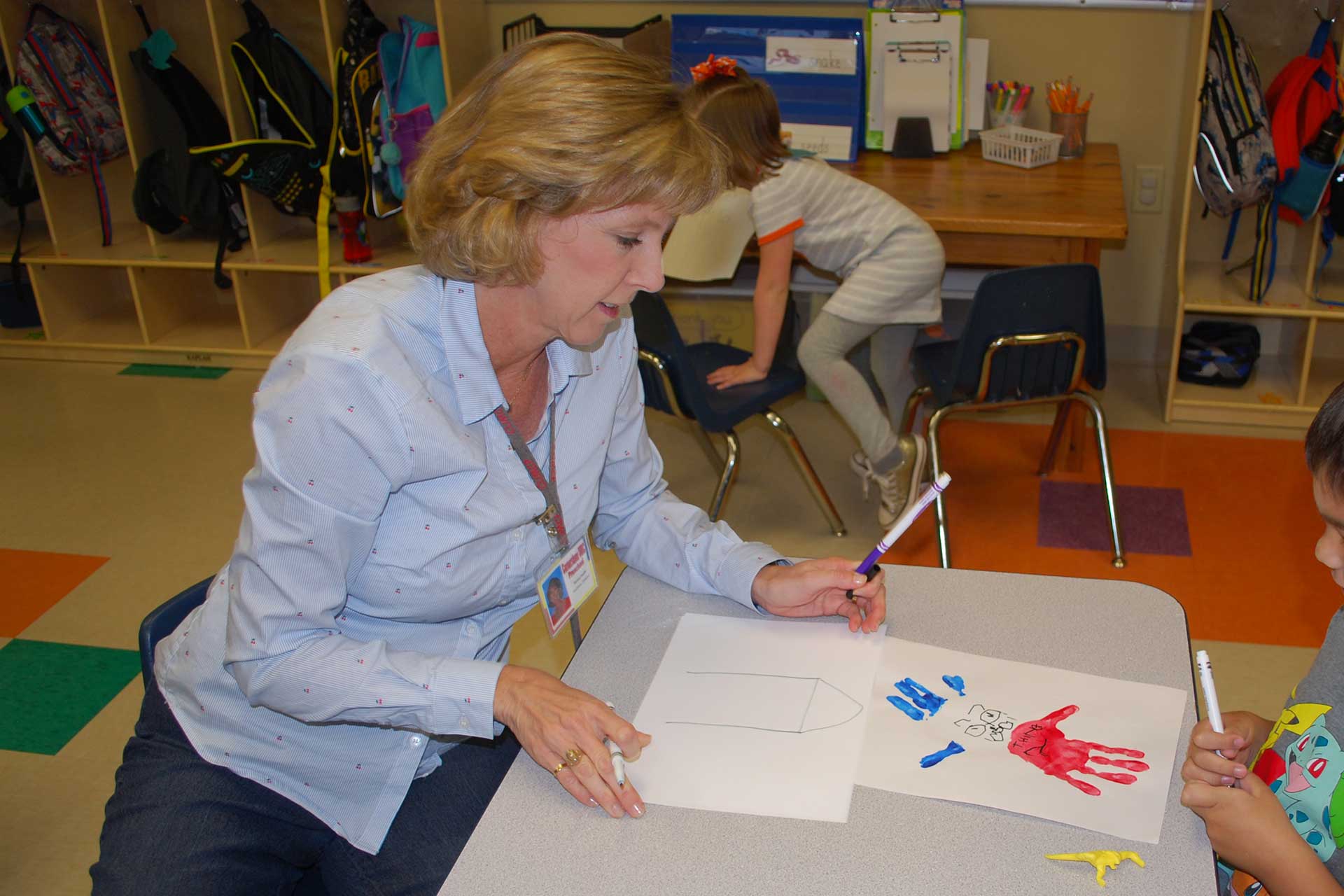 CORNERSTONE PRESCHOOL:
YOU CAN ATTEND AND WE FOLLOW CY-FAIR ISD
IS CLOSED & FOLLOWS CFISD SCHEDULE

Donna Heath has been the Assistant Director for Cornerstone UMC Preschool the past 5 years.  She is now the Executive Director. Prior to that she was a lead teacher for 4-year old’s at Cornerstone for 9 years.  She also serves on the Early Childhood Methodist Conference committee, networking with Methodist preschools and providing yearly training opportunities for area preschools.

Donna is a graduate of Stephen F. Austin State University with a BA in Management/Human Resources.  She worked as a HR/Compensations Analyst in the energy industry for 7 years before staying home with her three children, Tamra, Shane and Dylan.  Donna received and maintains her Child Development Associate (CDA) certificate while working at Cornerstone Preschool.

Donna  and her husband, Steven have been married 25 years and live in Cypress, Texas.

Jenny has been a part of the Cornerstone Preschool team for 5 years.  She served 3 years as a 4’s teacher, 2 years as Curriculum Coordinator, and is excited to begin her first year as Assistant Director.

Jenny received her Bachelor’s Degree in English and Journalism from Stephen F. Austin State University and later earned her Texas Teaching Certification. Prior to coming to Cornerstone, she taught in Cypress Fairbanks ISD and worked in Curriculum and Instruction at CFISD and Magnolia ISD.  A belief in the importance of early childhood education and a love for her community have lead her professional and personal life.

Jenny has been married to her husband, Matt, for 16 years. They have 2 children, Ian and Evan, who attended Cornerstone Preschool. In their spare time, their family enjoys camping, traveling, and just spending time together.

Nancy is a retiree of AT&T with over 35 years of administrative experience. Originally from Jacksonville, Florida, she also lived in Greenville, S.C. for 23 years.  Nancy and her husband followed their daughter to Texas in 2016. When not traveling she enjoys sewing and monogramming. She feels blessed to be a part of Cornerstone.  Please feel free contact her for a prayer need or assistance at:  admin@cornerstoneumc.org

Linda has been an active member of CUMC since 1992. She has served in a variety of volunteer positions including youth ministry, children’s choirs, sanctuary choir, and handbells. Linda was a CUMC Preschool Assistant Teacher for six years.During that time, she was interim Youth Director twice. She has served as the Financial Administrator since 2003. Linda also is the Worship Leader for our 9:35 service, plays piano for our 8:30 worship time and directs the Journey Praise Band. She is also currently facilitating our Wednesday morning Bible Study.

Cody has been in youth ministry for 16 years now.  Although he is not a native to Texas, he likes to tell people he got here as soon as he could.  Cody, his wife Grace (a Texas Native who teaches High School Science) and their three dogs love being outside and spending time near water.  Cody has a bachelors degree in Graphic and Video Production and a Masters in Youth Ministry from SouthWestern University(UMC School in Kansas).  Cody tries to live every day as an act of service to both the community he serves and his family.

When Cody is not busy at the church he enjoys kayaking, hunting, watching movies and playing a range of musical instruments.  One day he hopes to write a book on youth ministry and he might finish an album he has been working on for about 12 years now.  On the side of Ministry Cody enjoys DJ’ing Weddings, Proms and Birthday Parties.

Steve Hoyle has a Bachelor of Arts in Music, a Master of Music in Music Literature, and a Master of Music in Applied Clarinet, all from the University of Houston.  He has taught clarinet and saxophone privately and played professionally in many groups in the Houston area for many years. Following his study of Choral Conducting, Voice, and Handbells at Houston Baptist University, he has been a Church Music Director for the past 25 years, the past 13 at Cornerstone UMC. Steve has been active in his community, being the founder and director of the Katy Community Band in the 1990’s, the conductor of the Katy Community Choir, the British Petroleum Holiday Choir, and a performer in the One-A-Chord Community Choir. He is married to Ellen Hoyle and has 3 daughters and 7 grandchildren.

Andrew joined the staff at Cornerstone in July 2018.  He currently studies at Houston Baptist University, and is in the Candidacy Process within the United Methodist Church.

Pastor of Care and Discipleship

Rev. David R. Rucker was the first born of a set of twins (she looks nothing like him) born in Abilene, Texas.  He now has six siblings (one deceased) who are all living in Texas and most are living in Harris County.  He met his wife, Camille, in a College and Career Sunday School Class in Dallas and they were married in 1974.  David has a BA with a double major in math and religion (emphasis in Christian Education) from McMurry College (now University) and a MTh from Southern Methodist University.  Camille and David are the proud parents of Peter and Dinah, and her husband Matthew, and the grandparents of their son, Ezra

After forty-three years of service in the North Texas Conference and serving churches from about 15 members to over 2,200 members, David and Camille retired in Houston to be close to family and medical facilities.  David joined the Staff of Cornerstone UMC in June of 2016 as a part time associate pastor.  He loves preaching, teaching, and enabling people to grow into their gifts and strengths as they grow into the likeness of Christ.  He says, “I love being at Cornerstone and getting to know people here.”

Pastor Ben graduated from Texas A&M with a B.S. & a M.A in Leadership Development, a field he feels blessed to use in the church. After graduating with his Master’s degree from Texas A&M University, Pastor Ben went on to become the President of the Perry Abernathy Recreation Center. Pastor Ben was honored to be selected to participate in the Impact Texas Program for Non-Profit Executive Directors in the state of Texas. During his time at The PARC, Ben attended seminary at SMU-Perkins School of Theology and graduated in May 2014 with a Master’s degree in Divinity. Pastor Ben has led worship in over 30 churches as a guest preacher and leads churches through visioning and mission exercises teaching at both the local church and district levels. He has also taught on Organizations in Conflict, Peace and Reconciliation, District Lay Speaker (now Servant) Training, and mentors several pastors and candidates for ministry.  Pastor Ben served on the Southwest District Finance Committee, the Texas Conference Clergy Accountability Committee under the Center for Clergy Excellence and has served as a Texas Annual Conference Lay Delegate to Jurisdictional Conference in 2012 and as an alternate to the 2012 General Conference.

Pastor Ben currently serves as the Senior Pastor for Cornerstone United Methodist Church since July 1, 2018. As Senior Pastor for Pattison UMC, financial giving has increased 92%, an additional full-time director has been added, and worship attendance has increased 225%. He was the keynote speaker at the “2016 Small Church Big Deal” Conference where he shared about the culture and vision changes possible in any church anywhere. Pastor Ben and Pattison UMC were honored as the “Small Membership Church of the Year” award in 2017 by the Texas Annual Conference.

Pastor Ben’s leadership skill, passion for ministry, and a focus on the mission field is driving the church to change its tactics for reaching the lost, the least, the lonely, as well as the “nones” and the “dones”. Under Pastor Ben’s leadership the Pattison United Methodist Church developed innovative relationships partners including local business partners, other churches, non-profit groups, and social clubs that have led to higher community participation rates for the betterment of the community, the school district, and especially with children. Pastor Ben served on a variety of boards including the Waller County Child Welfare Board, Brookshire-Pattison Food Pantry as Secretary, Houston West Emmaus Community Board as the Community Spiritual Director and sits on two Waller County Scholarship Boards. Pastor Ben was recently recognized for his work with the Waller County Child Welfare Board being selected as the “2018 Volunteer of the Year” in the nine county Region 6 area.

Pastor Ben has been married to the love of his life, Ruth Lohmer, for nearly fifteen years. Ruth works as a Long-Range Planner for the City of Sugar Land and has for over a decade. Ruth also has two degrees from Texas A&M University and loves to cook and create new craft projects on her Cricut. Ben and Ruth have one son, Ben Jr. who has passed on to be with Jesus Christ in January 2012. They have one daughter, Abigail Joy Lohmer who was born in July 2015 and is the light of their lives. She is everybody’s best friend and a ball of energy that never runs out. She loves to play outside and can’t wait to meet new people or learn new activities.

Pastor Ben loves fishing and is always looking for people to join with him as he fishes the Freshwater Lakes and the Texas Coast throughout the year (but mostly on Mondays or Fridays). He lives for the opportunity to spend quality time with people and takes advantage of anything fun to do with others to spread the gospel of Jesus Christ.